Posted by Steve on Fri 22 Dec 2006 at 09:18 at www.debian-administration.org. I am sorry for copying, but i can not open this site, that’s why i copied this article. If author will write that he does not want his article be here i will delete it 😉

If you’re looking to perform a lot of system recovery, or system installation, then network booting with PXE is ideal. PXE allows you to boot up a system and have it automatically get an IP address via DHCP and start booting a kernel over the network.

PXE itself stands for “Pre-boot eXecution Environment”, which describes how it works in the sense that the clients using it haven’t booted in a traditional manner.

In order to use PXE you need to setup a boot-server which will allow client systems to:

With both of these services in place any system which supports PXE/network-booting (you might need to enable it in the BIOS) should be able to gain an IP address, fetch a kernel, and boot without an installed operating system.

(This is ideal for systems which can’t be booted by a traditional approach; for example your new AMD-64 system which doesn’t have a CD/DVD drive!)

For the purposes of this article we’ll assume:

In our example we’ll configure a PXE-server which will allow remote systems to run the Debian Etch installer, but nothing here is specific to that. PXE allows you to configure a system to boot from an arbitrary kernel (and matching ramdisk if you wish to use one). With the correct configuration you can even cause the clients to mount a remote file-system via NFS and have a diskless thin-client system.

TFTP is a very simple file-transfer protocol, which is very similar to FTP but which doesn’t use any kind of authentication. If you’re not already running a TFTP server you can install one by running:

Once installed you’ll need to enable it by editing the file /etc/default/tftpd-hpa. You should change RUN_DAEMON to yes, leaving you with contents like these:

Now create the root directory, if it is missing, and start the server:

Once our systems have retrieved an IP address via DHCP they will request files from beneath the /var/lib/tftpboot root directory. We’ll come back to the contents of this directory shortly.

If you don’t already have a DHCP server configured upon your LAN you’ll need to install one. If you’re using a small home router, or similar, to provide local DHCP services you must disable this first. (Since we require the DHCP server to pass back some extra options to clients which the majority of routers won’t allow).

Discussing a full DHCP installation is mostly beyond the scope of this introduction but the thing we’re trying to do is fairly simple. The goal of the DHCP server in this setup is twofold:

The most common DHCP server is the dhcp-server package, and you can install this by running:

Once installed the server is configured in the file /etc/dhcp3/dhcpd.conf, and there are a lot of available options described there. For our example we’ll use the following configuration:

We’ve also used next-server to point to the TFTP server we’re using (which is the same host as our DHCP server, but doesn’t need to be). We’ve chosen the default name of pxelinux.0 as the name of the file for booting clients to request.

Personally I use the dnsmasq package to provide DHCP services upon my LAN, since this is small and simple and provides other useful abilities, setting up PXE booting with dnsmasq just requires the addition of the following line to /etc/dnsmasq.conf:

Restarting the service after this change is as simple as:

Now that we’ve configured the TFTP and DHCP servers we need to go back and complete the configuration. By default when a client boots up it will use its own MAC address to specify which configuration file to read – however after trying several options it will fall back to requesting a default file.

We need to create that that file, which will contain the list of kernels which are available to boot, we’ll firstly need to create a directory to hold it:

Now save the following as /var/lib/tftpboot/pxelinux.cfg/default:

This file instructs the client to display the contents of the file boot.txt so create that too:

The only remaining job is to download the official Etch installer kernel and associated files and save them in the directories specified in the default file we created:

When these commands have been completed we’ll have the following structure:

(We only used debian/etch here in case we want to offer other installers in the future. You can put everything in one directory if you wish, just update pxelinux.cfg/default to match.)

We should now be ready to test the setup.

We’ve installed a pxelinux.0 file which will instruct booting clients to request pxelinux.cfg/default. This will then make a list of boot options available, which are displayed by the simple boot menu file we created.

The files which are used for booting are stored beneath the TFTP root directory and thus accessible to booting clients.

Finally it managed to load a working configuration using the last-chance default file we created. This in turn instructed it to show the boot menu we created.

From here on the system will boot into whichever kernel you specify. (We could configure the system to timeout here and just boot into a default option, but we didn’t.)

From here on you should understand how PXE can be used to boot an arbitrary kernel and initial ramdisk. Later we’ll look at mounting a remote file-system over NFS to provide a diskless thin-client. 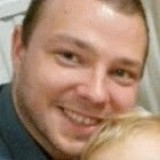 One reply on “Setting up a server for PXE network booting”